Schools are driven by the ever-increasing demand for more funding, yet are also aware of return on investment. Therefore, many focus their fundraising efforts on major gifts. This workshop explores the latest methodology for creating a fundraising program that produces generous returns, now and in the future. 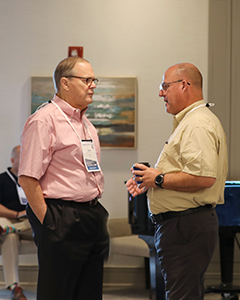 Topics include how to systematically inspire and retain donors, create an efficient fundraising team, demystify planned giving, and cultivate major donor relationships. Participants will leave with a new understanding of how to immediately maximize opportunities and increase fundraising potential.

School Heads, Development Directors, Major Gift Officers, Board Chairs, and Development Committee members, along with other interested Trustees, will all benefit from this workshop. 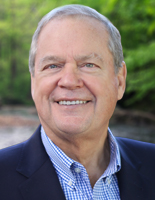 Herb provides consulting services in the areas of development and fundraising. His expertise includes extensive knowledge of major gifts programs, endowment, and planned giving as a way to increase donors’ capacity to give at leadership levels.

As a member of ISM’s Advancement Team, Herb:

He holds the Leader Certification through ISM’s International Advancement Program (IAP−L) and is a Certified Fundraising Executive.

Herb has coached advancement teams that have been recognized twice by the Council for the Advancement and Support of Education in the Achievement in Mobilizing Support Award competition. He has received seven other national awards for alumni participation, publication improvement, and fundraising management.

Herb has presented at 21 national education conferences, including CASE, NAIS, and NAES.

Herb served as Headmaster for Development at Norfolk Academy, VA, where he helped close a $40 million capital campaign for endowment and a new performing arts center. He also headed development programs at St. Stephen’s School ($10 million) and Flint Hill School ($2 million), both in VA. He collaborated on a $15 million campaign at St. Albans School, a day-boarding school in Washington, D.C.

Herb also directed an advancement program that raised more than $31 million in gifts and pledges at Saint Andrew’s School in Boca Raton, FL, and helped complete a campaign for $65 million to be used for endowment and campus improvement at Norfolk Academy.

A recipient of CASE’s Steuben Crystal Apple and CASE’s Robert Bell Crow Award, he served as Chair of the 37th CASE-NAIS national conference. He has been a member of the judging panel of the CASE Circle of Excellence Awards for Independent Schools, chairing it for six years. He also served 11 years on the faculty of the CASE Summer Institute for Independent School Advancement Professionals.

Herb holds a bachelor’s degree in education from the University of Virginia, VA, and has done graduate work at Virginia Polytechnic Institute.

Schedule to be announced soon

A group hotel reservation rate of $189 is available until October 5, 2020. Subject to availability. Please wait until the workshop status is 'confirmed' before making your travel and hotel arrangements.

All workshop materials, breakfasts, lunch or dinner daily, and social hours are included.

What should I wear?

What should I bring?

You’ll receive a letter from your workshop instructor letting you know what to bring. However, please bring a laptop or tablet for online access.

Register for your workshop online by filling out the form below. If you'd prefer to register by mail, download our registration form. 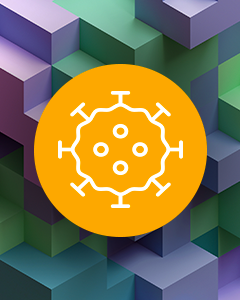 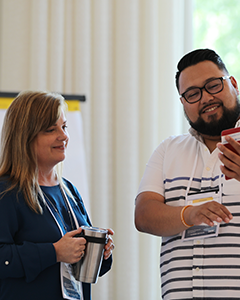