As a private school Business Officer, you need to stay on top of changing regulations and how they can impact your school. If your school currently uses the London InterBank Offered Rate (LIBOR) for your financial contracts (including lines of credit, loans, and interest rate swaps), we have some valuable news to share.

There is information in the industry regarding transitioning away from LIBOR to Secured Overnight Financing Rate (SOFR). Today, we’re sharing a presentation from a partner organization, Wye River Financial Advisors. You can view the entire presentation here, and we’ve included some highlights below.

(This information has been pulled directly from the Wye River Financial Advisors presentation. This is not intended to be financial advice, but used for informational purposes only.)

The World’s Most Important Number

LIBOR is commonly referred to as the “world’s most important number.” It is estimated to serve as a benchmark rate in over $400 trillion in financial contracts throughout the world and approximately $200 trillion here in the United States.

Due to scandals regarding the manipulation of LIBOR by certain banks, regulators announced they would no longer compel banks to report interbank lending rates beyond December 2021. In December 2020, the deadline for complete LIBOR “cessation” was extended by 18 months (to June 30, 2023).

U.S. regulators are actively encouraging banks to cease using LIBOR for new contracts as soon as possible and no later than December 31, 2021.

Rather than relying on bank-reported values, SOFR is derived from actual market transactions. The result is a more objective and transparent benchmark rate. SOFR is backed by the Alternative Reference Rates Committee (AARC) division of the New York Federal Bank and has been identified by U.S. regulators as the replacement for US Dollar-based LIBOR contracts.

Notwithstanding some early volatility, SOFR tracks the Fed Funds rate (which LIBOR also tracks) and has been approximately 11 basis points (0.11%) lower on average than 1-month LIBOR (the most common LIBOR index used in variable rate loans and derivative transactions for schools).

Key Differences of LIBOR Versus SOFR

SOFR Inception Since the inception of SOFR in April 2018, its correlation with other major benchmark rates, including 1-month LIBOR and the Federal Funds Rate, has been strong. However, SOFR is proving to be slightly more volatile over time, in part because it is based on live market events and can be sensitive to issues in the money market (see the spike in the graph above). An 11.448 BP spread adjustment will apply to transactions whose reference rates transition from 1-month LIBOR to SOFR to account for this estimated average difference.

Next Steps for Impacted Schools

Schools should review their existing financing and derivative agreements based on LIBOR to determine whether appropriate LIBOR “fallback” provisions exist. If they do not, the agreements may be amended.

Unfortunately, there is no universal way to document LIBOR fallback in financing agreements to date. (This often depends on the lender and attorneys involved.) As such, the fallback solution will likely be customized to each school and may involve negotiations with the school’s existing lender.

In the case of tax-exempt transactions, the involvement of bond counsel and the conduit issuer may also be required. Ultimately, many of the LIBOR transition steps are voluntary, and it is up to each school to make a well-informed decision regarding the next steps for their organization, while weighing the potential risks of nonaction.

For more information or to request a consultation, please contact schoolsuccess@isminc.com. 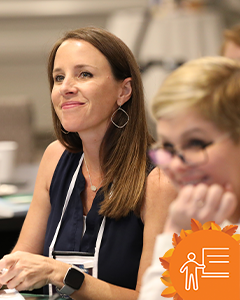 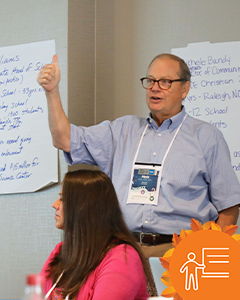