Polarizing perspectives on race in America are everywhere. School leaders are under increasing pressure to address issues of diversity, equity, and inclusion, but many are ill-equipped or hesitant to lead productive conversations on the topic.

Silence is no longer an option, and conversations about race are integral to move schools forward. Discover how to embrace a straightforward approach to intentional discussions about race that will have a personal and professional impact. Become empowered to foster a dialogue around race that will transform your school culture.

As you consider this topic, ask:

This webinar will help you explore the answers to these questions and define a path forward for yourself and your school. 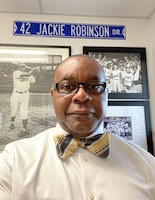 Since 1995, Anthony Thomas has worked in Independent School education, first as an associate at the National Association of Independent Schools, where he worked under Randolph Carter in producing Multicultural Assessment Plans for schools, and helped to launch the inaugural Student Diversity Leadership Conference held in Albuquerque, New Mexico.  Thomas has also served as a teacher, Director of Diversity, Equity and Inclusion and Director of Athletics.

He was a founding Board member for the Northern California People of Color in Independent Schools. He currently serves as the Director of Athletics at Francis Parker School in San Diego, CA and is a co-founder for the National Organization of Minority Athletic Directors, where their focus is to create pathways to Athletic Director positions for BIPOC. Thomas earned his B.A from UCLA and is completing his Masters in Athletic Administration and Coaching from Concordia University in Irvine, CA. 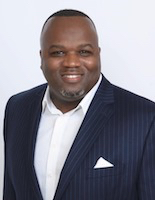 With nearly 20 years of experience in administration at the high school and college levels, Ira Childress has helped create diverse and inclusive environments for numerous departments and teams.  Whether serving as an athletic director, education administrator, or as the former Assistant Director for Diversity & Inclusion at the NCAA National Office, Ira has used his passion for connecting people from all walks of life to unite for one common goal -- the pursuit of excellence.

He currently serves as the Director of Athletics and Physical Education at Gulliver Preparatory School in Miami, FL, where he is also involved in a number of diversity, equity and inclusion efforts. He is a board member of NOMAD, the National Organization of Minority Athletic Directors. Childress earned his B.S. and M.S. from Ferris State University, where he was also a football student-athlete. In 2019 and 2020, Childress was a finalist for the Varsity Brands High School Athletic Director of the Year. He is also the author of the best-selling book, “Beating the Odds: From Poverty to Prominence.”

Register for your Webinar online by filling out the form below. If you are registering for a special team discount, please give us a call at 302-656-4944. 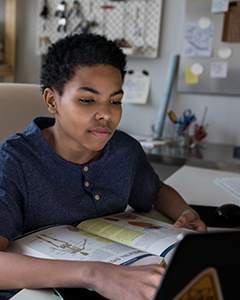 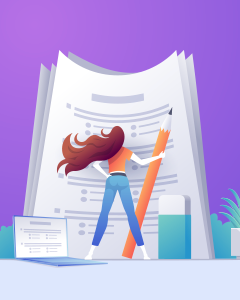