The Situation: A Stale Approach to Fundraising

Peter Curcio, Director of Advancement and Alumni at Saint Mark’s, and his advancement team play an essential role at their school. Their fundraising efforts provide funds for projects, endeavors, and enhancements that tuition alone cannot provide.

But the fundraising strategy his team was using just wasn’t working. “We had just come off a two-year campaign to focus on donors and it did not work,” said Pete. “Simply put, our donors did not embrace the approach. I knew that going back to our traditional approach would have limited results. I really believed that we needed a better way to raise sustainable funds from donors.”

The Solution: Professional Development to Create a New Approach

Pete signed up to attend two ISM Summer Institute workshops in 2018—The New Development Director and Your Annual Fund From A–Z.

“To be honest, when I signed up for the sessions, I was pretty nervous about attending. I have a long history of fundraising—I wondered how I would fit in with the “New Development Director” group and, quite frankly, if I would learn anything from either session. I felt like I could be wasting my time and, worse yet, would not get results when I returned to school.”

“After the first day of the training, my fears were gone.”

“The leaders made everyone feel part of a team and I quickly knew that I had made a good decision for me and the school. The instructors engaged everyone at every level of fundraising experience. They provided a group forum and coupled that with individual coaching sessions.”

When Pete returned to campus, he had his work cut out for him. He knew that both his Head of School and Board Chair were reluctant to embrace a new fundraising strategy. But he had anticipated this problem and explored solutions with workshop leaders. They coached him on how to present his strategy.

“I presented the new plan and received a very mixed reaction,” Pete said. “As a matter of fact, at first, Board leadership was hesitant to be involved. The Head of School agreed to it, but offered little assistance. To implement the program, I recruited a Development Chair who embraced the process and we followed every detail, not missing a step. Most, if not all, of the process was new to school leadership, volunteers, and the Board.”

But Pete had faith. “The campaign provided a clear path to follow that involved volunteers and parents, thus creating a sense of community. We followed the plan to a tee and even did things that we had never tried before.”

“As the campaign evolved, we gained the respect of the school community at all levels because they were involved.”

The Benefit: Achieving the School's Fundraising Goal and +10% New Donors

When the campaign was finished, Pete’s team met their fundraising goal and grew the donor pool by 10%. “The approach was personal at all levels and donors appreciated this form of contact,” said Pete. “They were asked to give by their peers, and I believe that this made the difference. The process that we followed continued throughout the school year so if you could not contribute at a certain time, we asked later in the year. It is amazing how many people responded.

“The Leadership Team now has full faith in the process. This is not only because we reached our goal, but also because we had the data to back it up.

“By the end of the campaign we knew what sectors of the community offered support and how we could build upon each phase of the program. For the first time, we were able to back up our discussions with fact and make decisions based upon the data.”

The future is bright for Pete’s team at Saint Mark’s. “We are currently in the process of rebuilding our Annual Fund collateral and recruiting new volunteer involvement,” Pete said. “This time, it is not as hard to get people involved.”

“The Annual Fund has become a community event for the entire school. It is viewed as an honor to participate, not a burden.”

“Because of our ISM training, we now have an Annual Fund program that is professional, data-based, and involves all segments of the Saint Mark’s community. Support can be measured and evaluated, allowing our team to use data to make decisions that will impact how we do business moving forward.” 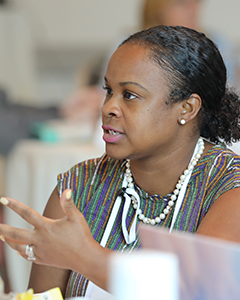 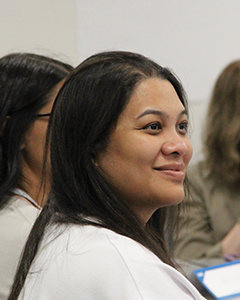